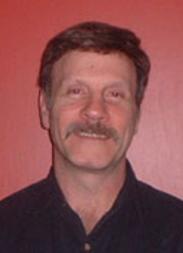 Dr. Gerry Cartwright loves being a Chiropractor and has enjoyed providing chiropractic care for families for 20 years!   After receiving her Bachelor’s Degree in Exercise Science and Leadership from Temple University, she continued her Chiropractic education at National College of Chiropractic finishing up in 1996.   She was first introduced to chiropractic when she was at Temple University.  She had an opportunity to work for a Chiropractor during a summer break and was inspired by the changes people were having just from getting adjusted!  At first Dr. Gerry thought chiropractic was just about getting people out of pain and helping them have better mobility.  Along the way, she has learned that there is so much more to chiropractic than getting people out of pain.  It’s about your life!  It’s about allowing your body to function at its best so that you can live and be at your best!

Dr. Gerry lives with her wife and their children in Lansdale with their two beagles and two cats!  She grew up in Doylestown and Yardley and enjoys spending time with family and friends.  Dr. Gerry also devotes her time on the board of the Chiropractic Fellowship of Pennsylvania and is the representative for this state association for the International Federation of Chiropractors and Organizations.

​​Dr. Joe is a 1963 graduate of Pennsbury High School. He attended Mercer Community College, Temple University and Thomas Edison College, majoring in the biological sciences. He is a graduate of Columbia Institute of Chiropractic (now New York Chiropractic College) and was in active practice for over 45 years before retiring in May 2013. Dr. Joe has written 20 textbooks on the subject of chiropractic which are used in chiropractic colleges and universities throughout the world. He has lectured across the U.S., Canada, and overseas in England, Japan and New Zealand. He was given the honorary title of Fellow in the College of Straight Chiropractic in 1992 and named Chiropractor of the Year by his profession in 1999 and again in 2013. Dr. Joe and his wife now reside outside of Reading, PA. They have two married daughters and seven grandchildren. In his retirement Dr. Joe continues to enjoy writing and traveling to speak on chiropractic.

Dr. Judy became the second owner and  operator of the Strauss Chiropractic Center, following the retirement of Founder, Dr. Joe Strauss in May 2013. Dr. Judy is a 1985 graduate of Carnegie Mellon University in Pittsburgh where she double-majored in Technical Writing and Editing (B.S.) and Professional Writing (B.A.). She was a student of Dr. Joe and is a 1992 graduate of Pennsylvania College of Straight Chiropractic. She started at the Strauss Chiropractic Center in 1993 and has been here ever since. In addition to her active practice, she devotes a significant amount of time serving the chiropractic profession as a whole. She has served as President of her national chiropractic organization (the first woman to hold such a position). Her delightful nature and genuine love of people make her a sought- after speaker both within the profession and in the community. She was named Chiropractor of the Year in both 1999 and 2000 (the first woman to receive the award) as well as the honorary title of Fellow in the College of Straight Chiropractic in 2001. She serves of the Board of Directors of the International Federation of Chiropractors and Organizations and is a member of the League of Chiropractic Women. 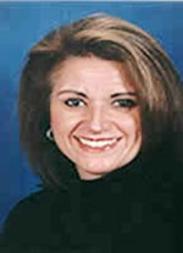 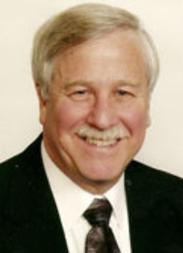 ...BECAUSE ADJUSTMENTS ARE A PART OF LIFE.

Dr. Randy was born in Glendale, CA a suburb of Los Angeles and grew up in rural Hunterdon County where he attended North Hunterdon High School. After high school he embarked on a series of grueling and sometimes tedious jobs to pay for college. Framer, cabinet installer’s assistant, farm worker, factory worker, he even worked as a whitewater rafting guide for a season (he didn’t make enough to return to school that year!). Finally, he graduated from William Patterson College with a BS in Environmental Science and found a job at the Robert Wood Johnson Pharmaceutical Research Institute in Bridgewater. Newly engaged in 1994, he made the decision to leave my career as a researcher at RWJ PRI, to study Chiropractic. He had come to believe that the constant back pain he was in was just something he would have to live with. That was what he thought until a co-worker couldn’t stand his constant grumbling referred him to Dr. Jay Snyder in New Hope. PA., an old fashioned, straight chiropractor. Dr. Jay told him to “get on the table, I’ll tell you where it hurts!” Those adjustments changed my life, not only did my constant pain stop, my lifelong allergies cleared up! He knew then that he couldn’t not be a part of something so wonderful. Besides, working in the pharmaceutical industry, with such easy access to cold, cough, headache, allergy, flu….. medication… he was sick all the time! After graduation from Life Chiropractic College in Georgia, he and his wife and their black lab Munson, traveled to Germany where he began the learning opportunity of a lifetime; practicing chiropractic and studying natural healing with a German “Heilpraktiker” or natural healer. Returning to The US in 2004, he began practicing Chiropractic in PA and applying the principle that the power that made the body heals the body. Along with practicing Chiropractic, he counsels young people to help them make healthier choices, and… He and his wife are avid beekeepers! 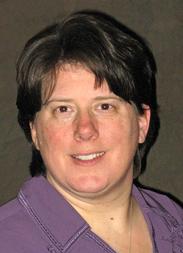 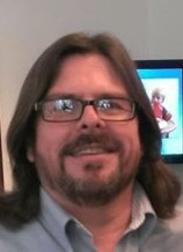 ​Dr. Ron is the brother of the Founder of the Strauss Chiropractic Center, Dr. Joe, and  has been in active practice at SCC since 1984. He is a 1967 graduate of Pennsbury High School where he was captain of the varsity wrestling team. He attended Bucks County Community College, majoring in the Life Sciences then served in the United States Navy, two years active duty and four years in the Navy Reserves. He saw active duty in Vietnam in 1969 and was also stationed in the Philippines, Japan and Taiwan. Dr. Ron graduated from Pennsylvania College of Straight Chiropractic (at the time called ADIO Institute) in 1981. Dr. Ron has two grown children and resides in Levittown with his wife. In his spare time he enjoys golf, hunting and riding his quad.